For Our Love For Barbie

If you are reading this you probably love Barbie too! So you know how much you can really enjoy Barbie. Especially with an endless amount of possibilities to her story and a never-ending creative stream of Barbie toys from Mattel. I grew up Playing Barbies and my Mother did too. In fact, there are still a few pieces of clothing from my Mom’s Barbie’s in Barbie-Topia.

As with my Mom, I gave my daughter my barbies, which started her off with about fifty dolls. We love setting everything up together and making sure Barbie is just right for all her adventures. Already feeling blessed for having so many Barbies to play with, our recent move to a new house gave us a basement with this perfect space for Barbie. It only felt right to make it her own. Living in New York and haven being born in Manhattan, my daughter loved the skyline idea. We officially established Barbie-Topia in July of 2020 with a population of 225.

From The Top of
Mt.Topia

The Barbie Doll Houses in Barbie-Topia

The Barbie houses featured in this post and the posts on candytoybox.com are not affiliating links, ads, or sponsored posts. The links are only there to save you time finding the items I am writing about.

This house is great. The Modern design is very well done. The Slide is really fun and the furniture it comes with is a nice modern style too. on Amazon $217

Between the two Barbie Houses, in my opinion, the Barbie Dreamhouse (above) is my favorite. There is more space inside each room to set stuff up. Also the rooms can be switched around and used for a different type room easily. Amazon Exclusive $199

This was a slightly different DIY project than I usually do, but I felt it had to be done. The 8 year old Barbie was screaming to have a permanent home!

I had never painted a mural before and I am sure I didn’t do it the teachnicial way, but I did it our way and I’m pretty happy with the results.

First, I traced around the doll houses the best I could. My goal was have it feel like you were sitting in the middle of the neighborhood, which is among the city buildings.

Not sure if I accomplished that 100%, I will let you be the judge of that. After you see more of Barbie-Topia on our family’s blog CandyToyBox.com.

Move out The Houses

After tracing the dollhouse or its shadow on the wall with pencil. I moved the doll houses out and began sketching out the lines where I knew I wanted buildings. If you decided to do something like this make sure you use large levels, rulers, and carpentry squares from the beginning. I started drawing first and got a little ways before realizing how not level it was. So it to some extra time to go back and line up everything. So just make sure to use you straight edge and levels from the beginning. Trust me you will want it to be straight and level (mines not level, but it’s straight enough).

After Straightening up the Sketch

After getting some help straightening the buildings and testing my paint. I moved the doll houses out the way. Then I taped off and painted the large areas of the two lighter colors.

The first two color I started with was the background and lightest colors, the blue and the light pink Ballerina chalk paint. When painting the background color you want to want to tape everything off as if you were just painting the whole wall. So tape off the ceiling where it meets the wall, the edges of anything else the wall touches that you do not want painted. In my case this was the stairs and the inside of window, the edge of the wall it meets up with, and the radiator cover.

My husband built this radiator covers to hide the old metal ones and to make it a cleaner neater area to play in. They are built out around the radiators with enough space all around so nothing is touching them or is a fire hazard. They also have adequate openings for the heat to come out.

Go ahead and tape of the large buildings that will be in the other light color so you don’t paint that area when your doing the background. If you know you don’t want a part to be painted with the background color then don’t paint it. Even though you will have to go back over it he edges later.

After The First Color Dries

Let the background color dry and then paint the next color. The other light color you are using the most of. In my cases the light pink.

You can do this part one of two ways you can either let the first color dry completely and then tape off the buildings for the second color. Or you can paint the background and paint the second color, freehanding the edges where the two colors will meet. Either way you will still have to tape of and go over the overlapping edges in order to get a clean straight line of color.

I do suggest painting the darkest color last and when you do be extremely careful not to get it on your lighter colors. It will be very difficult to cover up neatly if you do.

As you continue painting the other buildings and the rest of the of your mural you will will basically continue the same process of taping off the edges and painting to them and then letting it dry and taping the opposite edge and painting to it.

This DIY portion of this post may contain affiliate links which I may receive a small commission from purchases made through these links at absolutely no cost to you.

One of the DIY dollhouse from an inexpensive bookshelf you can get at Walmart, Home Depot, and other places. This one has adjustable shelves which are great. That way you can adjust the shelves to accommodate some of Barbie’s playsets that are taller. I used Scrapbook paper to line the walls of each level of the bookshelf.

The Rugs are Inexpensive Indoor/Outdoor Rugs

Since it is the basement we wanted to put a rug down, but as we know Barbie’s items don’t always like to stand up well, so the rug has to be flat. You can see here I put some white duct tape (you can use any color) to help the rug from sliding so easily.

DIY Dollhouse out of a Storage Cube Unit

You probably recognized right away that this is your typical 3 by 3 storage cube shelving unit. We just took some scrapbook pages in the patterns we liked and taped them onto the cardboard that you nail to the back of the shelving unit. The only problem with using this particular shelving unit for a dollhouse is that the dolls can’t stand up. This unit was the cubes are 10″ x 10″ x 10.” Not quite tall enough for barbie.

Here you can see I used an artificial grass rug or indoor turf for the Barbie-Topia hill and mountainside up the bookshelf, the edges around the rug, and stapled to the radiator cover. I did leave cuts in and spaces for the heat to vent. I cut the grass with a sharp razor knife and stapled it to the wall with a staple gun and long staples.

Shelving Units for DIY Dollhouse and Tall Enough for Barbie.

This site uses Akismet to reduce spam. Learn how your comment data is processed.

You can find me.. 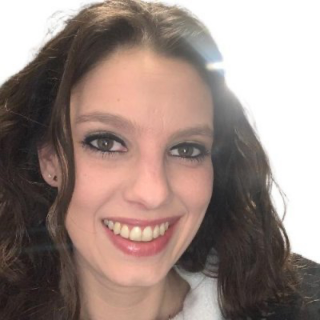 FamilyYouTube Channel and Blog where you will find fidget toys Pop Its and DIYs for, tweens, teens, and adults! Repurposing ideas, upcycling projects room decor, crafts, organizers furniture makeovers and redos, farmhouse signs, and seasonal accents for the home. It's all how you DIY! Digitally too on YouTube @CandyToyBox and @CandyToyBox DIY. You can find Detroit Deco on TeachersPayTeachers & Etsy with sayings, quotes, and other DIY digital prints.